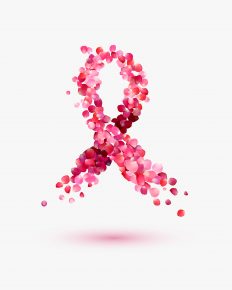 Edel Kelly (26) died June 2008 after first presenting to Ennis General with a lump in her breast. This lump was initially diagnosed as benign, a request for a follow-up to confirm was not acted upon. The cancer was finally diagnosed in October 2007. By this time it had spread to the mother of two’s liver and bones. This delayed breast cancer diagnosis robbed Ms Kelly of one year of treatment.

Knowledge of this came only 10 days after the revelation that another woman, Ann Moriarty (53) died after a cancer misdiagnosis at the same hospital. In that case, her cancer was missed twice.

An independent enquiry by HIQA was demanded to give clarity and restore public and patient confidence in Ennis General. This enquiry was hoped to prove that there was no systematic failure and that the cases were isolated.

A senior cancer specialist has said that an independent inquiry may not be of value to the public. Professor Arnold Hill, the national advisor on surgical oncology at the National Cancer Control Programme has said that vast improvements have been made to services recently and that it was now a safe time for breast cancer. However, as the subsequent misdiagnosis of Ms Fahey, and so many others, reveal, this is not the case. There is a long road ahead for the providers of health care if it is their wish to improve treatment and standards for their patients and prevent delayed breast cancer diagnosis in the future.

The 2009 report of the HIQA probe into the safety services of Ennis Hospital recommended the closure of all acute and major elective in-patient surgery, 24-hour A&E and major critical care services the hospital offer, stating that the continuation of these services represented a risk to patients. It also recommended that the breast review clinic should cease.

An internal review of Ms Moriarty’s care by the HSE showed that two x-rays of her chest had been misread. Abnormal blood test results were not acted upon, diagnosis and treatment also fell short of highest standards. However, the Dean of Radiology stated this was an isolated incident. Ms Moriarty’s husband asked who was responsible for the system that failed his wife so badly? He said he hoped we end the ‘culture of secrecy surrounding accountability’.